The Great Fire began in a bakery owned by the King’s baker, Thomas Farriner on Pudding Lane on September 2nd 1666, just 202 feet from the site of The Monument today. The bakery ovens were not properly extinguished and the heat created sparks, which set alight Thomas’s wooden home.

At that time most buildings in the City were made of wood, and that, coupled with a dry summer, meant the flames spread with pace throughout the City. The fire raged for four days and during that time one third of all buildings in London were destroyed, 86% of the City was burnt to the ground and 130,000 people were made homeless.

Fortunately there was limited loss of life during the Great Fire. However, the maid who discovered the fire is one of those that sadly perished.

The Great Fire spread rapidly and most Londoners thought only of escaping – they went to the river where they bundled their goods onto boats, or they ventured to fields outside London (Moorfields) where they set up shelter.

With no fire service to call on, the extinguishing of the flames was left to Londoners, they did acquire the services of soldiers, but they had little resources with only buckets of water, water squirts and fire hooks to hand. The plan to halt the fire hinged on creating a gap between the houses so the fire couldn't spread, but the strong winds meant the fire jumped across the gap, and raged on. Eventually the fire was stopped on the 4th day after creating widespread damage across the City of London.

It took nearly fifty years to rebuild the burnt area of the City, with 85 churches including St Paul’s Cathedral destroyed.
Parliament enforced new guidelines for the rebuilding of the City including the implementation of wider roads and the construction of houses from brick and stone rather than timber.

The task of rebuilding London was given to a committee of six, including Sir Christopher Wren, known as the 'Commissioners for Rebuilding'. Wren produced ambitious plans for the re-build which were mostly rejected, however Wren did design 51 new city churches, as well as the new St Paul's Cathedral and of course, The Monument.

Dr Robert Hooke and Christopher Wren together created the final design for The Monument, and construction work commenced in 1671. It took six years to finish, partly due to the difficulty of obtaining enough Portland stone of the required dimensions, and partly due to the safety of the transport as we were at war with the Dutch again between 1672-4. It was finally completed and opened in 1677.

For some time to come there was a contrast in the City between timber and plaster buildings, and the new brick buildings. The contrast took generations to erase. The Great Fire created the opportunity to re-build and set in motion seeds of change which can be seen across the City of London today. A few of the old buildings remain however including Guildhall, Prince Henry's rooms, and the entrance to St Bartholomew the Great church.

The Monument to the Great Fire of London has been included in Historic England’s ‘Irreplaceable: A History of England in 100 places’ campaign.

The list aims to highlight 100 places, buildings and historical sites that tell the remarkable story of England and its impact on the World. The Monument was nominated by the public for the category ‘Loss and Destruction’ and selected by classicist Mary Beard. It was highlighted that The Monument stands as both a commemoration of the devastating fire and a celebration of the City being rebuilt.

Mary Beard said The Monument is “one of the most lasting memorials to a disaster ever, which is still written into the street scenes, geography and place names of modern London.”

Click the play button on the right to listen to the podcast.

In 2016, we commemorated the 350th anniversary of the Great Fire of London with this special edition podcast in partnership with Londonist Out Loud.

Education Officer at Tower Bridge and The Monument, David Laird, spent an afternoon with writer and cult podcast producer, N Quentin Woolf, to explore the history of The Monument in the aftermath of the Great Fire of London. 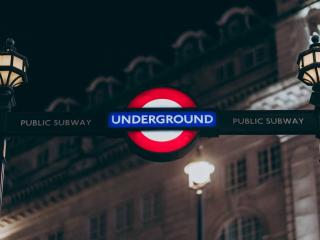 Getting to The Monument

Find out the best way to travel to The Monument to the Great Fire of London.
Read more > 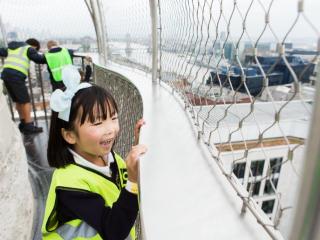 Discover everything you need to know before you climb The Monument to the Great Fire of London including opening times and ticket prices.
Read more >
https://www.themonument.org.uk/history